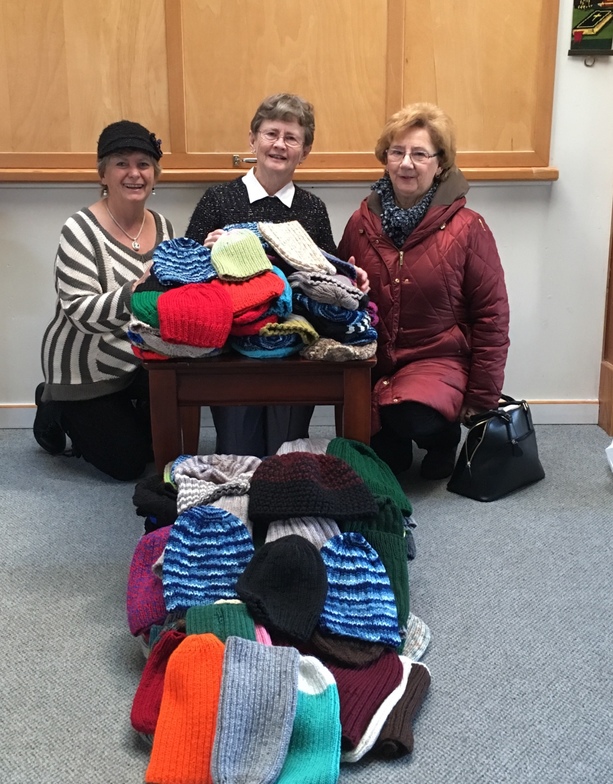 Here are some of the knitting crew who made these 180 toques for Mission to Seafarers. From left to right they are:
Carol Grolman, Lou Remple, Anne Barnes.

These toques have been made by women who have knitted toques for First United Church for more than 30 years and since toques were not on the list of wished-for items from First United, it was decided that they would be going to Seafarers this year.

Others who made toques are:
Muriel Shepard, Arlene Ingraham, Sue Puchmayr, Barbara Stover, and Elaine Graham.