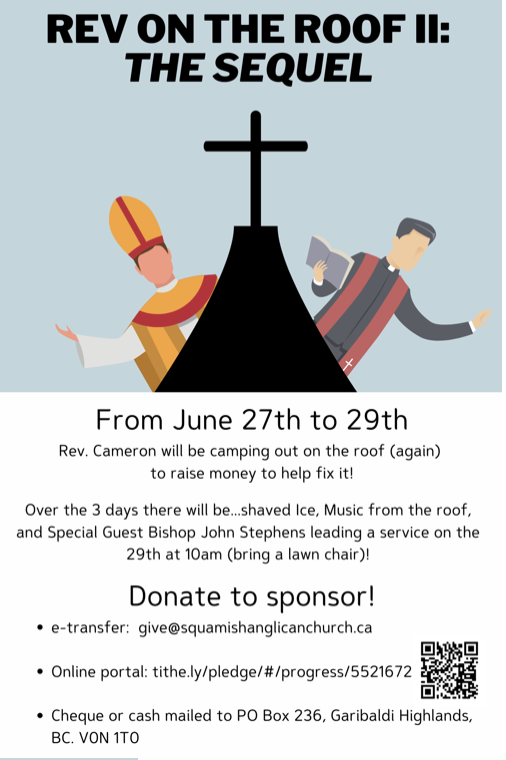 I write you to give you a short update on the roof project.

Highland Roofing and Cladding, the company we contracted for this work, has finished most of the work on the flat roof, except for the liquid membrane, which requires warmer weather set and cure. As they wait, they have begun to build the envelope around the tower so that they can begin that part of the project in earnest.

The story of this particular roof fix has so far been one marked by poor weather, which is part of the reason that it has taken longer than most of us had expected. The contractor began the project in late September, and in that time, you will remember, we have had a series of atmospheric rivers, a cold, snowy winter, and a particularly rainy spring.

Work was also slowed by a major addition to the project – the sloped roof leading to the flat roof – that was only discovered as work on the flat roof progressed.

The contractor is hesitant to give a definite timeline for the remaining construction, partly due to weather, and partly due to the potential unknowns or surprises in the next phase of the project. However, the contractor does have a lot of other projects that they would like to begin that continue to be delayed, and so I trust that they will work as quickly as possible. We also hope that the weather will improve into the summer, so that things may progress even more quickly.

All in all, I think that we can be proud of what we have accomplished so far, and be cautiously optimistic. At the end of June, we will be doing Rev. on the Roof II: The sequel, which we hope will be another major fundraising event for the project, particularly drawing from outside the St. John’s community. If you or someone you know is interested in supporting the Roof, through Rev. on the Roof II or otherwise, or if you have any questions, please be in touch.